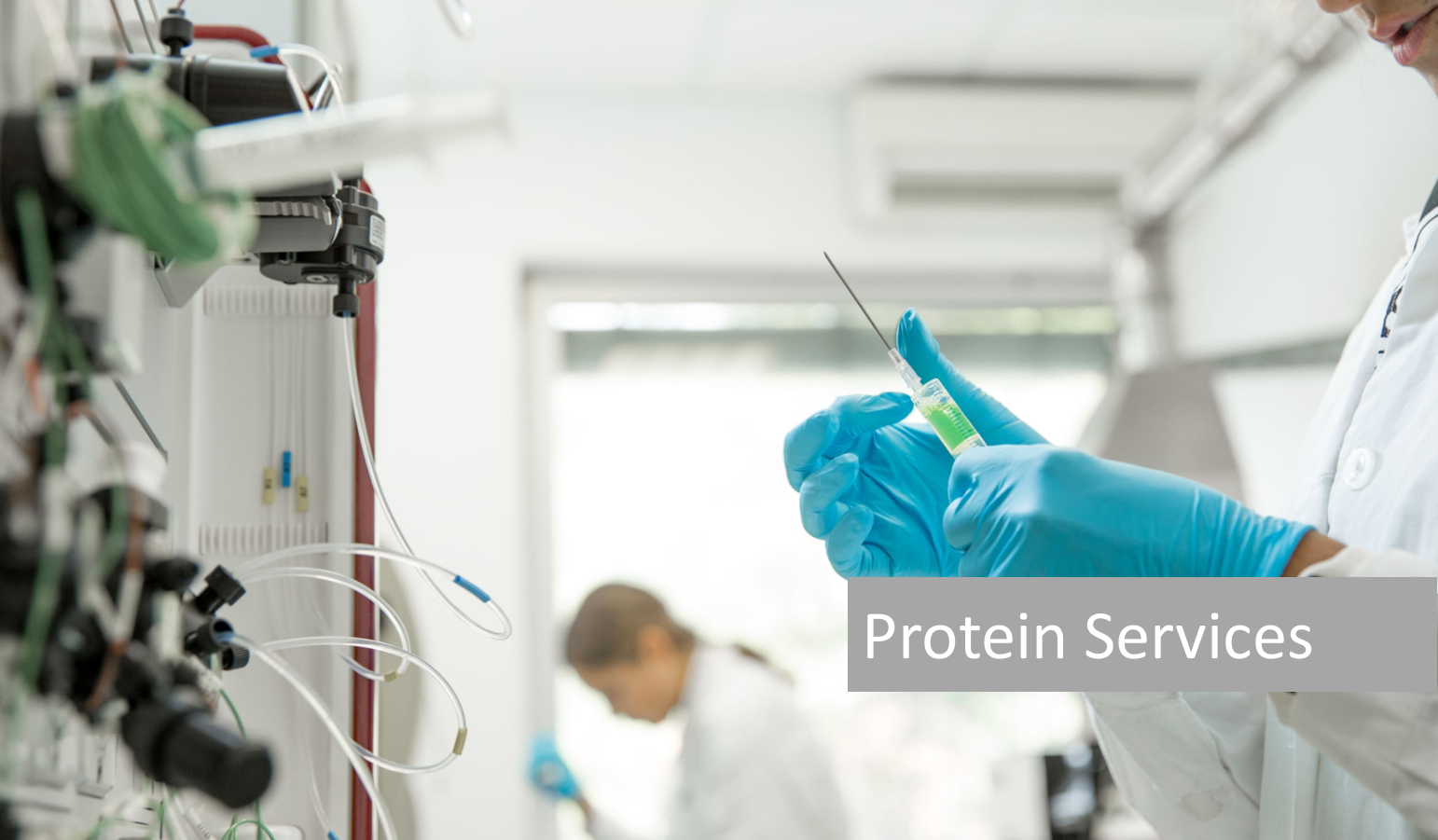 From gene to protein

From E.coli to mammalian

High purity >97% SDS
Low endotoxin <0.10 EU per 1 μg of the protein
Quotations: Get an instant quote

Our customer representatives are available 24/7/365 to assist you. Order By

Protein Expression:
Proteins are synthesized when needed in the cell normally. The information for protein synthesis is generally stored in DNA, which is transcribed to messenger RNA (mRNA), and then translated into a protein.

In prokaryotes, there is no special modification of mRNA required; however, in eukaryotes, mRNA is further processed (e.g., removal of introns by splicing, addition of a cap at the 5´ end, and multiple adenines at the mRNA 3´ end), and the modified mRNA is then exported to the cytoplasm.

Translation :
Translation or protein synthesis is a multi-step process that requires a lot of molecules including transfer RNAs (tRNA), amino acids, ATP, GTP and other cofactors to transfer information from mRNA to protein in ribosomes. Although there are some particular differences existed, the overall process of protein synthesis is similar in both prokaryotes and eukaryotes with three stages of initiation, elongation and termination.